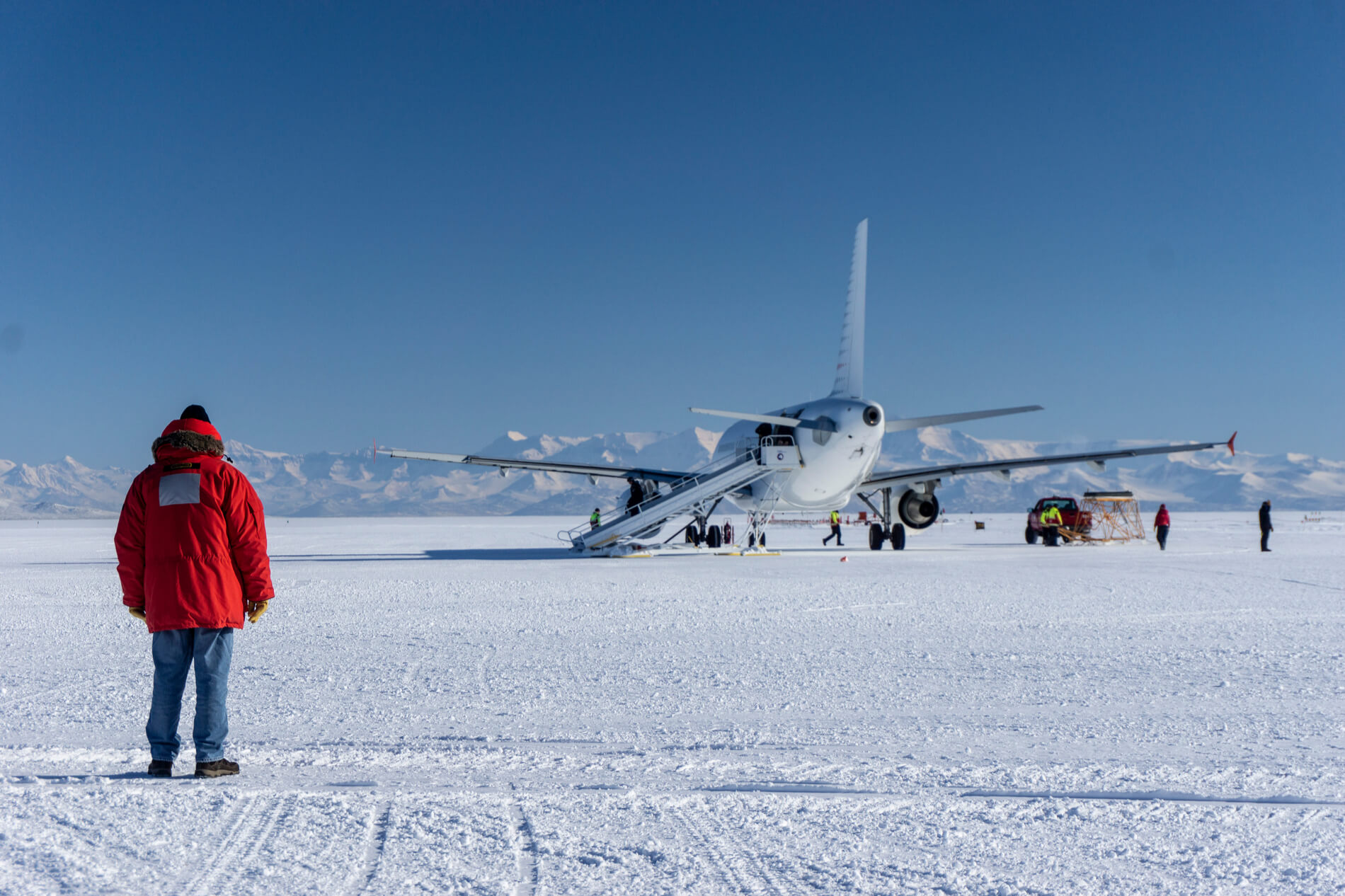 Australia’s plan to build an airport in Antarctica is criticized by the scientists that should be the main beneficiaries of the project.

In 2018, Australia’s government announced plans to construct a paved runway near Davis research station in Antarctica. In 2019, an additional funding for the development of the Davis Aerodrome Project was secured. The runway would support year-round air connectivity between Hobart, the capital of Australia’s island state of Tasmania, and Antarctica.

Australia claims around 40% of Antarctica and a 200-mile nautical zone around it. Currently the Australia-Antarctica connection consists of a summer-only link from Hobart to the Wilkins Aerodrome ice runway. During the summer, the airport closes for 6 weeks as the warmer temperatures cause the ice surface to weaken. Winter connections to Antarctica are problematic as temperatures drop to −40°C at Davis research station. To facilitate the air connectivity and access to Antarctica, Australia drafted plans for the new airport.

The proposed aerodrome would take up a 2,700-meter paved runway capable of handling Boeing 787 Dreamliners or an Airbus A330. The infrastructure would include a taxiway, aircraft apron, runway lighting, and associated buildings to accommodate services, such as air traffic and rescue and fire fighting services. Moreover, it would contain an access road from the station to the aerodrome, a new wharf and a temporary station for the workers during the construction period.

“The construction of a paved runway at Davis research station would represent a significant capability boost that would revolutionize our scientific activities and enhance Australia’s leadership and long-term interests in the region,” according to the Australian Antarctic Division’s website.

Air connectivity would significantly increase as flights between Hobart and the new runway would take about six hours to cover the 4,838-kilometer distance.

Reportedly, a big part of the new runway will be prefabricated in Australia and shipped to the site by ship, including 11,500 cement elements weighing 10 tons each. The total of 115,000 tons of concrete would be brought to the Antarctic wilderness to build the 2.7km long and 40 metres wide airstrip. The 10-year construction would mount to $2.8 billion.

Another argument for the new aerodrome is Australia’s strategic concerns to counter China’s growing presence in Antarctica. So far, China has four Antarctic stations with a fifth station to be completed in 2022.

Environmental scientists have expressed their concerns about the multi-billion-dollar airport project, claiming it would be a waste of money and could have destructive consequences in the frozen continent.

“It’s unprecedented in the Antarctic in terms of the scale of investment and the impact on the environment. Although it is being done in the name of science, very few scientists are enthusiastic. This is more about flag-waving. It is about firming up Australia’s presence and our claim,” wrote Shaun Brooks, an environmental scientist at the Institute of Marine and Antarctic Studies of the University at Tasmania, in the Conversation.

Brooks criticized the idea of building a massive airport for the base that hosts only 19 people during the winter and has been functioning well since 1957.

The construction, which is expected to take more than a decade, raises concerns over pollution, noise and carbon emission. It would take about 100 icebreaker voyages to ship all the materials. Furthermore, the wildlife habitat of breeding colonies of southern giant petrels, seals and Adélie penguins would be disrupted during the construction, as pointed out by the Guardian.

“It doesn’t align with Australia’s claim to be an environmental leader. Antarctica is special. Everywhere else in the world, you measure wilderness by what’s left. In Antarctica, it’s still the other way round,” added Brooks.

“The proposed Davis aerodrome is in a detailed planning phase and has commenced environmental assessment under national and international Antarctic Treaty processes which includes public consultation,” according to the press release of Australia’s Environmental Minister Sussan Ley.

The project is yet to be confirmed with budget discussions expected to take place in 2022. If approvals are granted, construction would begin in 2023 and run until 2040 at the earliest.